A Deadly Affair is the first episode of the third season and season premiere of Castle.

Beckett and her team burst into an apartment on a murderer's trail, only to be surprised when they find Castle, whom they hadn't seen or heard from in months, standing over the dead woman' body holding a gun. Beckett has no choice but to arrest Castle until he can prove his innocence. 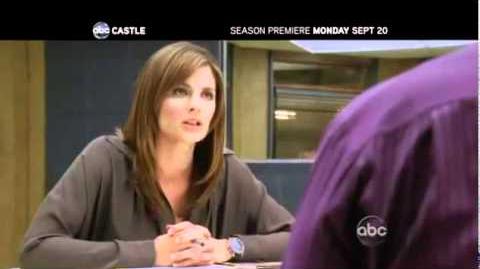 Castle: You won't regret this.
Beckett: I already do.