Always is the twenty-third episode, and the season finale of the fourth season of Castle.

When the murder of an Army veteran puts Beckett on the trail of the man who shot her, Castle must decide how much he's willing to sacrifice to keep her safe. As secrets are revealed and feelings are put on the table, the lives of the detectives at the 12th Precinct may never be the same. 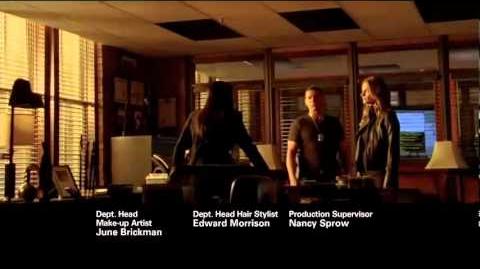 Castle: Because of everything that we have been through together! Four years, I've been right here! Four years just waiting for you to just open your eyes and see that I am right here. And that I'm more than a partner.

Castle: Every morning I bring you a cup of coffee, just so I can see a smile on your face. Because I think you are the most remarkable... maddening... challenging... frustrating person I've ever met. And I love you Kate, and if that means anything to you, if you care about me at all, just don't do this.

Beckett: If I care about you, Castle you cut a  deal for my life like if I was some kind of a child. My life. Mine. You don't get to decide.
Castle: You keep going with this. They're gonna decide. They're gonna come for you Kate.
Beckett: Let them come. They sent Coonan and he's dead. They sent Lockwood and he's dead. And I am still here Castle. And I am Ready.
Castle: Ready for what. To-To die for your cause? This isn't a murder investigation anymore Kate. They've turned it into a war.
Beckett: If they want a war, I will bring them one straight to their doorsteps.
Castle: Well, I guess there's just nothing I can say, is there?... O.K. Um. Yea You're right Kate. It's your life. You can throw it away if you want to, but I'm not gonna stick around to watch you so um. This is uh, over. I'm done.

Beckett: I almost died, and all I could think about was you. I just want you.