Driven[1] is the first episode and the season premiere of the seventh season of Castle.

In the Season 6 finale, as Richard Castle drove to his much-anticipated nuptials, an ominous black SUV bore down on him. Meanwhile, after waiting in vain for Castle to arrive at the wedding, Beckett was called to an accident scene to find Castle’s car in a ravine, engulfed in flames. Who or what caused the car crash? Is there any way Castle could have survived? The episode picks up at the scene of that accident, right where the finale left off, in a premiere that promises to put Beckett through the toughest case of her career. 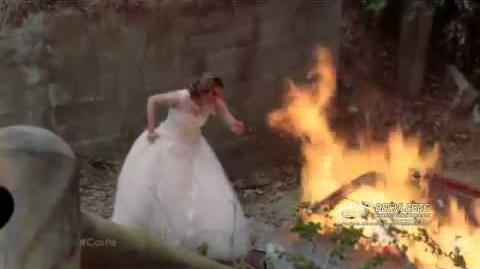 Retrieved from "https://castle.fandom.com/wiki/Driven?oldid=40538"
Community content is available under CC-BY-SA unless otherwise noted.